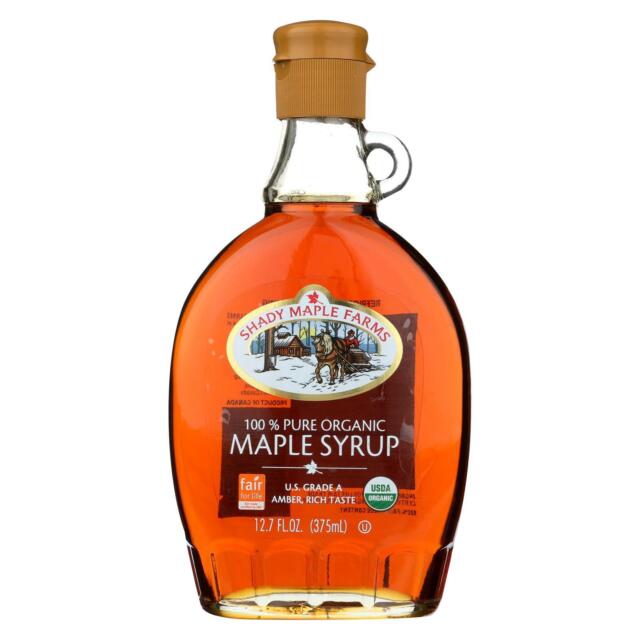 All You Need to Know About Maple Syrup

Maple syrup is what remains of the sap of the sugar maple tree (Acer saccharum) after approximately 98% of the sap’s volume has been boiled away. This natural sweetener is a quintessentially American treat that was first made by the indigenous peoples who once lived in what is now New England and northeastern Canada. For many breakfast eaters across the U.S., pancakes are really just an excuse to eat maple syrup.

What are the different types of maple syrup?

Different types of pure syrup tapped from maple trees are classified by color. These colors don’t represent differences in syrup density or maple sugar content; instead, they reflect the time of the year when the maple trees that produced the syrup were tapped. Paler syrups are harvested earlier in the year. As the weather warms up, the maple’s sap grows richer and darker in color.

In 2015, the Department of Agriculture implemented a new grading system for maple syrup:

What is maple syrup used for?

Syrup from maple trees has a great many culinary uses. It’s a useful condiment that makes a tasty addition to barbecue sauces, meat glazes, and other savory dishes. Drizzle this natural sweetener on yogurt, ice cream, or oatmeal for a little extra oomph. It can be substituted for sugar or honey in many baking recipes. Use three-quarters of a cup of syrup for every cup of granulated sugar and one cup of syrup for every cup of honey.

Store your open container of syrup in the refrigerator. After six months, discard any unused syrup because unlike honey, mold can grow on maple syrup.

Syrup from maple trees contains antioxidants as well as minerals like manganese and zinc, but it is high in sugar and should be used in moderation. A tablespoon of raw syrup contains 52 calories while a tablespoon of granulated sugar contains 60 calories. Syrup from maple trees is gluten-free and can easily be incorporated into vegetarian and vegan diets. Organic maple syrups that disallow the use of outside chemicals or inorganic products throughout the production process are readily available.