A Collector's Dream: Introduction to the Air Jordan 7 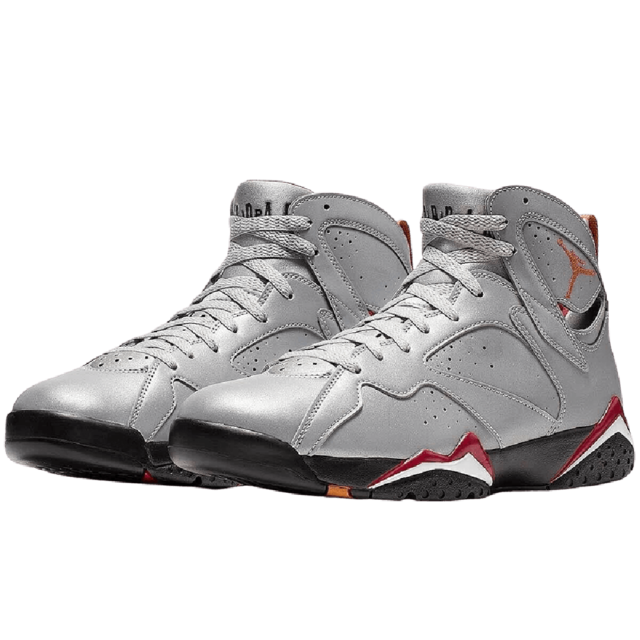 When the Air Jordan 7 was first released in 1992, it sold for $125. This iconic sneaker now has a resale value averaging 5-10 times its initial retail price—making it a favorite among sneakerheads. 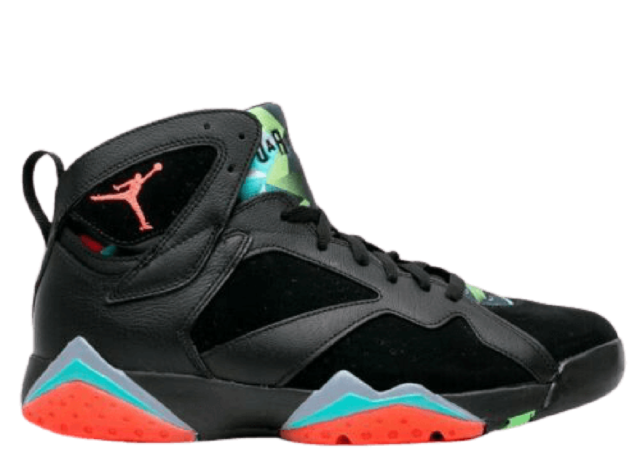 In 2002, Nike launched the Air Jordan 7 Retro for a short-lived release, a decade after the original silhouette's debut. It was offered in Charcoal, an original colorway, and French Blue, the first new color since the OG collection's initial release.

Two years later, the brand brought back the 7 Retro in a limited release. Then, in 2006, another 7 Retro collection launched, with Nike expanding the line to six colorways, adding two LS versions, followed by the reissue of the original Cardinal colorway and an exclusive women's style. This release included the much sought-after Chambray colorway.

In 2008, the brand launched the exclusive Jordan VII Retro "Miro" for its Olympic Celebration collection. The Metallic Gold/Red colorway was inspired by the famous Spanish painter Joan Miro. This shoe continues to be one of the rarest Air Jordan 7s on the market and bears an artistic homage to the glory days of the shoe brand's genesis moment.

2009
The Air Jordan 7 Hare colorway
re-released as part of its 16/7 Countdown Pack.
2010
The brand launched its new 60+ Magic colorway. To honor the World Basketball Festival, the Olympic Air Jordan Retro VII relaunched in a special For The Love of the Game colorway, which featured distinct gold heart detailing on the heel counter.
Also released that year was the highly sought-after Jordan 7 Retro Premio Bin 23.
2011
The OG Bordeaux and
Cardinal colorways in the Jordan 7 Retro silhouette hit the shelves.
2012
The Olympic model was revived in two colorways, J2K Filbert and J2K Obsidian.
In homage to the Dream Team's 1992 winning streak, a Golden Moments colorway was released.
That year also marked the third release of the OG Charcoal and Raptor colorways, which Rihanna has been spotted wearing.
2015
The most notable release of 2015 was the Air Jordan 7 Retro Bordeaux, a reimagined version of an original colorway. Michael Jordan wore the OG version of this colorway in Michael Jackson's music video for Jam in 1991. Wiz Khalifa,
Pharrell Williams and Lance Gross have all worn this shoe.
2015
Also released in 2015 was the Air Jordan Retro "Nothing But Net" colorway, inspired by a 1992 McDonald's commercial
featuring Jordan and Larry Bird playing a game of H.O.R.S.E. Another highly anticipated release was the Championship Pack, commemorating the 23rd anniversary of Nike Air Jordan's first release in Cigar and Champagne colorways.
2010
The Air Jordan Retro 7 Tinker Alternative arrived to celebrate the Olympic Games in Brazil that same year.

Jordan True Flight: An Affordable Alternative to the AJ 7

True Flights bore a distinct resemblance to the Jordan 7 model. However, key differences can be found in the upper, the lining and the sole traction. True Flights may lack the cultural cachet and significance of the Air Jordan 7, but they're a more affordable substitute for the collectible Jordan 7 OG and Retro models. 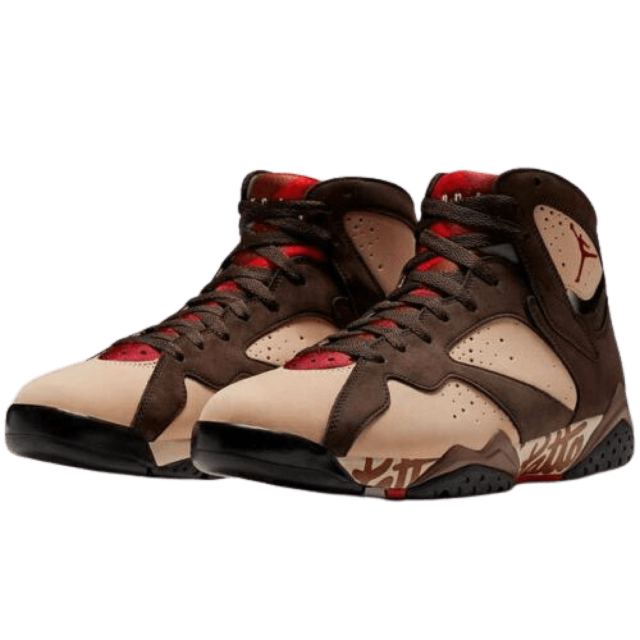