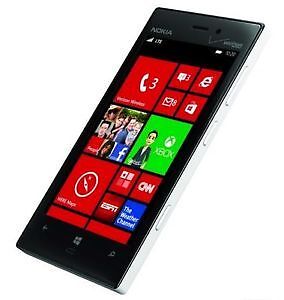 Finding the Best Nokia Cell Phones and Smartphones for Verizon

Since the early 2000s, Nokia has been in the business of manufacturing cellular phones, with the creation of the first camera phone available in the United States. Since that time, they have manufactured smartphones for Verizon Wireless which were designed to keep up with technology. You can find several models of these devices available, providing options for virtually any user.

What are some smartphone models made for Verizon?

Nokia Verizon cell phones and smartphones are available in a few different models. These are:

What are the specifications for the Verizon Wireless smartphones?

The dimensions and weight of the phones will vary by model as well as available features, but they will generally weigh less than 1.5 pounds. Length will be between two inches and four inches, with a height of between four inches to six inches. Simply check the description in order to find information specific to the phone you want, as it will provide that models data. The phones are available in colors such as black, white, gray, silver, and blue.

What operating systems are compatible with the Verizon phones?

The Lumia line of phones for Verizon Wireless are compatible with the Microsoft Windows operating system. If you would like to use the Android operating system, youll need the Nokia 6 or 7 model. Regardless of the OS that the phone runs, youll find that they are able to upgrade to the most recent release of those systems when they are available.

How much storage is available for the Nokia smartphones?

You can find models of cell phones with storage amounts as low as 8GB and as high as 64GB. Depending on the system, you may be able to increase the amounts of storage available by inserting an SD card. Cell phone models which are designed with quality cameras will often have higher amounts of storage built in, allowing you to save more photos. Check the specifications in order to make sure you have enough storage for your needs.

Are the Verizon cell phones compatible with Bluetooth?

Some of the cell phones may be compatible with features such as Bluetooth, GPS, and Wi-Fi. The actual features which are available will vary by model, so check the specifications to make sure youre getting a smartphone which can run the programs you need.

Content provided for informational purposes only. eBay is not affiliated with or endorsed by Nokia.