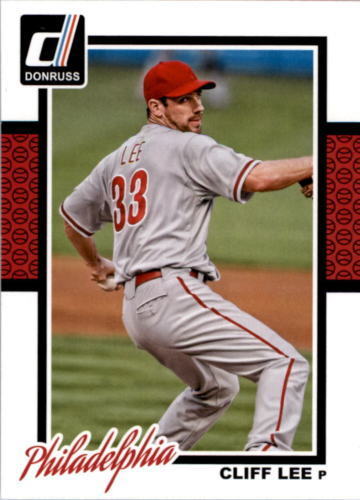 All the major distributors including Topps Bowman, Donruss, Upper Deck, Fleer, and Score, along with others, carried the Philadelphia team and its players, along with the rest of MLB, dating back through last century.

How far back do these sets date?

It depends on the company. Topps dates back to the early 1950s. Those early sets resembled playing cards more than the collectible baseball cards folks are familiar with today. The corners were rounded, and they had colored backs just like playing cards.

Other companies began before Topps took over, though. The baseball card idea began as a tobacco advertising campaign. Before including gum inside a pack of cards, the cards themselves were actually included in packs of cigarettes.

The earliest versions of what are considered trading cards today were made by Goudey, Bowman, and Leaf. Bowman is credited as being the first major producer of the product, beginning in the late 1940s.

How are baseball cards distinguished from one another?

Each set, even those from the same distribution companies, contains different card types. These range from regular baseball player cards, which show a photograph of a player in action, captioned with his name, position, and team. On the back of standard baseball cards are the players statistics for his career to that point.

Sets also contain specialty inserts, which are rarer than the regular baseball cards. Some are distinguished by the players they represent. Others offer collectible swatches, such as game-worn jersey pieces or pieces of turf. Still others may be autographed or represent a set within the set.

Outside of baseball card styles, what separates one card from another is simply the condition it is in. Trading cards can be professionally examined and given a grade.They look for rough edges, cuts, rounded corners, misprints, or anything else to mark the baseball cards down a grade. The highest grade that baseball cards can receive is gem mint, which means the baseball cards have no discernible flaws whatsoever.

Content provided for informational purposes only. eBay is not affiliated with or endorsed by National Basketball Association.