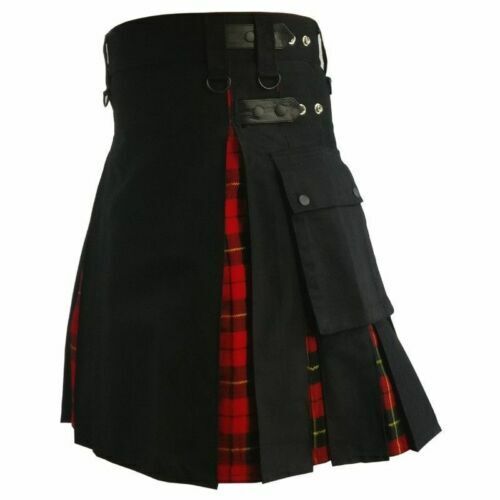 If you are participating in traditional Highland Games or attending a formal Scottish occasion, then you may want to wear a kilt. On other occasions, you may choose to wear traditional Scottish pants, a Prince Charlie jacket and a formal shirt. You can find a unique variety of mens Scottish world traditional clothing on eBay.

How is a tartan made?

A tartan is a particular type of woven fabric used to make mens kilts and other traditional Scottish clothing. Each family had their own color combinations. The color combinations and weave patterns instantly told people about family ties. Traditionally, the pattern on the fabric is a tartan. It is formed with threads of different colors woven into a specific style of plaid design. In weavers terms, tartans are created when the weft threads are weaved in a simple two over two under design at right angles to the warp threads.

There are generally two types of mens kilts. The great kilt is designed to touch the floor, but the fabric can be gathered up to wear as a cloak or a pinned over your shoulder. The second type of kilt is called an ancient kilt. These kilts usually just cover from the waist to the knees. They are often worn with boots, a leather vest, and a Jacobite shirt.

Kilts can be found in both modern and traditional hues and fabrics. Most kilts are made of wool fabric, as many Scots were sheep farmers. The oldest color schemes are called ancient, and they are created with natural dyes. They are usually lighter in color. Contemporary color schemes are produced with chemicals that attempt to mimic ancient hues. The chemical process allows for bright colors to be created. Since the 1970s, you can also find muted fabrics which are halfway in between contemporary and ancient. You can also find kilts made out of other fabrics that include denim and twill.

There are many different pieces of traditional Scottish clothing that can be worn on formal occasions: