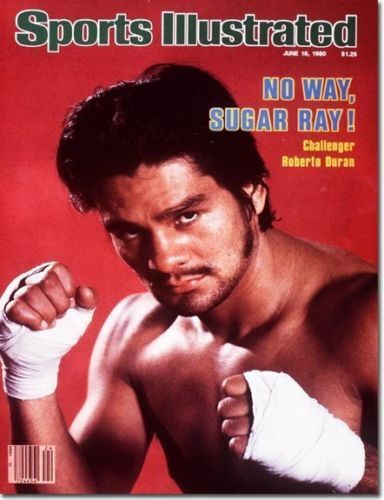 Vintage magazines come in many different types, styles, and topics including boxing magazines. Each of these issues showcases a different era of boxing and can be used to trace its changes through the years.

What information is available in each boxing magazine?

Boxing magazines such as The Ring and Boxing News devoted a lot of time to a variety of topics. For example, they would talk about a fighter training for an event and showcase their training regimen. Issues would also discuss any changes in that fighters life and promote upcoming events.

Beyond that, they would also take a look at old championship bouts and even examine day-to-day boxing news. These vintage magazines also serve as a reminder of historical moments in boxing and provide a vintage look at what happened in the ring at the time.

Boxing is a sport that is often focused on a few critical fighters and events. As a result, magazines such as The Ring and Boxing News have commemorative issues highlighting specific events. For example, most fights that featured Muhammad Ali featured coverage from these vintage brands that featured in-depth examinations of the upcoming battle.

Issues of these type typically focused on the boxers in the fight and showcased their past successes. Often, they would discuss any bouts they may have had in the past and even showcase where they came from in the world. These vintage magazines usually came out several days before the event to highlight it and drive up hype.

What materials are used in these boxing magazines?

Vintage magazines use a variety of paper types. Typically, most vintage books used thin, delicate paper to save on production costs. However, other types of boxing books used stronger and more resilient types of paper that helped to make these vintage items last longer than other magazines on the market.

Beyond the paper used, a variety of inks were injected on the paper. Most boxing magazines used vintage carbon inks. These types were designed to avoid the kind of fading that plagued some vintage boxing magazines of the time. However, some may use iron gall ink, a kind that requires specialized storage in a stable environment. For example, they need room temperature and normal humidity to avoid damage when stored.

In what ways do these books vary?

While it is possible to buy boxing books from many vintage providers, there are subtle variations between different types. For example, some media guides showcase a fight and give sports reporters a chance to know what is happening at an event.

However, there are also various vintage programs and yearbooks produced that highlight specific events. Yearbooks typically compile multiple events and give an overall feel for what happened in the world of boxing. Programs are specific to a particular bout and highlight interesting facts about it.