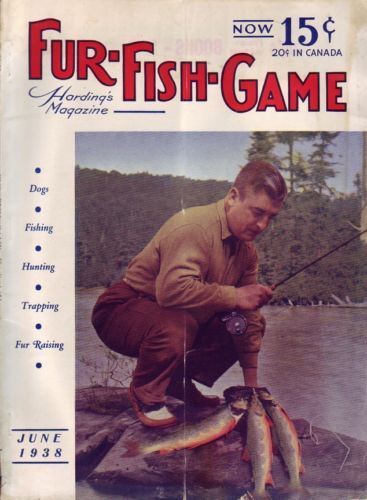 Hunting magazines typically have been produced for decades. As a result, there are many vintage magazines available on the collecting market. These focus on trapping, various firearm items, handguns, and various other interesting information.

How long have vintage hunting magazines been produced?

Vintage magazines for gun collectors and trapping experts have been produced for nearly a century. In fact, gun magazines were common in the early days of the magazine era. They were originally designed as a simple collection of information on various handguns and firearms. As a result, each issue was pretty basic in the beginning.

However, these magazines gradually increased in complexity. For example, trapping information for hunters started to become more popular. Some hunting magazines even included information on how to get the fur off of an animal and the cost of the fur on the market. Gun articles then expanded to include more detailed information on specific firearm models.

As mentioned before, hunters have long bought magazines like these to learn more about trapping and what types of traps are available. Many magazines for guns discuss the breeding patterns of specific animals, showcase which traps work for them, and help trappers learn techniques.

In many hunting magazines, handguns receive a special section. These articles teach enthusiasts what kinds of handguns are available on the market and how to clean them quickly.

Other sections report on common gun models that have recently become available on the market. These sections often showcase the guns using written reports and with various gun photos. This firearm information is crucial for hunters or trappers who are interested in taking their guns with them when finding animals. The magazines also showcase the nature of the guns and how they can be used in different situations by both hunters and trappers alike.

How can collectors display these magazines?

If you are interested in owning and displaying gun magazines like these, you have many different options. For example, you can take a vintage magazine and place it next to your guns. Matching a specific article with a gun or firearm in your collection is a fun way of showing them off. You can also cut out articles and display them in the same way.

However, other magazine collectors will focus on specific issues and years to create a coherent collection. While they may try to buy magazines based on the handguns or firearms discussed in the issue, they may also want a complete collection from every possible year. Make sure to focus on the specific gun magazines that you enjoy.